Pinoy Korean drama fans are in for a double treat as two of Korea’s outstanding drama series, Reply 1988 and Wok of Love, premiere tonight on TV5. 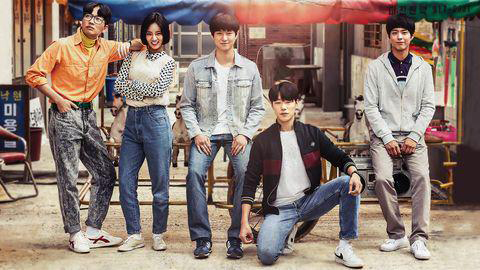 Its final episode recorded an 18.8 percent nationwide audience share in Korea, making it the fourth highest-rated drama in Korean cable television history, beating the ratings of Pinoy favorite K-dramas such as Crash Landing on You and Itaewon Class. The show even emerged as the biggest winner in the tvN10 awards of 2016, bagging eight out of 18 nominations including the Grand Prize (Daesang) Drama Award and Content Grand Excellence Award. Ryu Joon Yeol, who plays Kim Jung Hwa, was even awarded the Baeksang Arts Award for Best New Actor in TV in 2016.

Wok of Love, on the other hand, features a stellar cast that includes Lee Jun Ho, member of K-pop boy group 2PM, Jang Hyuk, and Jung Ryeo-Won. The series is described as “a charming love story of a group of men and women that is hotter than the boiling oil in a sizzling hot wok.”

Bask in the excitement and ride the K-drama wave as you tune in to   and Wok of Love on TV5 airing back-to-back from Monday to Fridays, from 8:30 to 9:30 p.m.