Broadcast journalist Raffy Tulfo has been strengthening the lineup of programs on TV5 and on OnePH via Cignal TV and SatLite through his program Idol in Action airing every Monday to Friday with its new time slot at 10:30 a.m.. 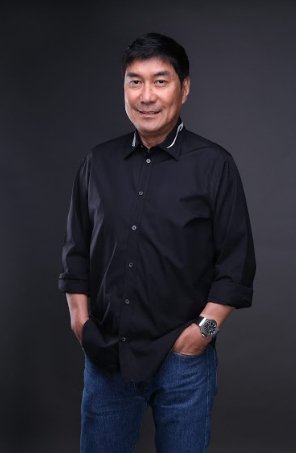 For 20 years in public service and Philippine broadcasting Raffy has been known to take quick action and provide immediate solutions to issues presented to him by his listeners, and his viewers over TV5. His affable and yet no-holds-barred persona has helped resolve concerns regarding social injustices committed by people in power against ordinary citizens; gaining him the title, “Hari ng Public Service.”

To date, he has garnered 15.8 million followers on his YouTube channel Raffy Tulfo in Action and has an active community of 3.1 million in his official Facebook group. With these growing number of viewers, alongside his ability to strike a good balance between serious and light segments, there is no doubt that Raffy, who also anchors the primetime newscast Frontline Pilipinas and the radio program Wanted sa Radyo, has the confidence and admiration of millions of Filipinos here and around the world.

Idol in Action, which debuted on TV5 and on One PH last June 8, is a daytime public service program that shares stories that are relatable, beneficial and insightful for the masses. It has a unique show format that strikes a good balance of social empathy along with its fun and light segments. It tackles problems and concerns in straightforward and diverse ways, utilizing the host’s strong networking with government offices and agencies.

Through its “Tulong ni Idol” segment, the show also assists listeners who write or call in their personal woes and the chosen ones get a call during the show and receive from Php5,000 to Php50,000. These video clips are also posted in Raffy’s Facebook Group to allow other good Samaritans who might want to give assistance to our less fortunate compatriots.

Helping Raffy enliven the show is his Liga ng mga Taga-Serbisyo Publiko. Idol in Action is co-hosted by MJ Marfori and Marga Vargas, both renowned hosts and journalists who have been in the industry for many years. Marga handles “Taray Nyo Teh, Tikas Nyo Tol’’ where she helps those who have issues concerning relationships, moving on, and those who want to start a new life. MJ shares the latest in celebrity news with her segment “Hola!” and is also the show’s social mood checker in the segment “MJ’s Timbangan” where she features people’s opinions and reactions on social media.

Also part of Raffy’s Liga ng mga Taga-Serbisyo Publiko are segment hosts: Maricel Tulfo, his daughter who spearheads the segment “Sinimulan Mo, Tatapusin Ko!” where she relays the conclusion of the cases the show has handled. Kapitana Carol Domingo who is in the segment “I-tag mo, Pasisikatin ko!” helps people who post their woes on social media. The segment “Hani ng Bayan”, hosted by Hannibal Talete, an off-site show correspondent collates the opinions of Filipinos regarding certain topics. Lastly, Roda Magnaye who is part of the segment “Itimbre Mo Kay Idol!” where ordinary citizens voice out their concerns to Raffy on-air.