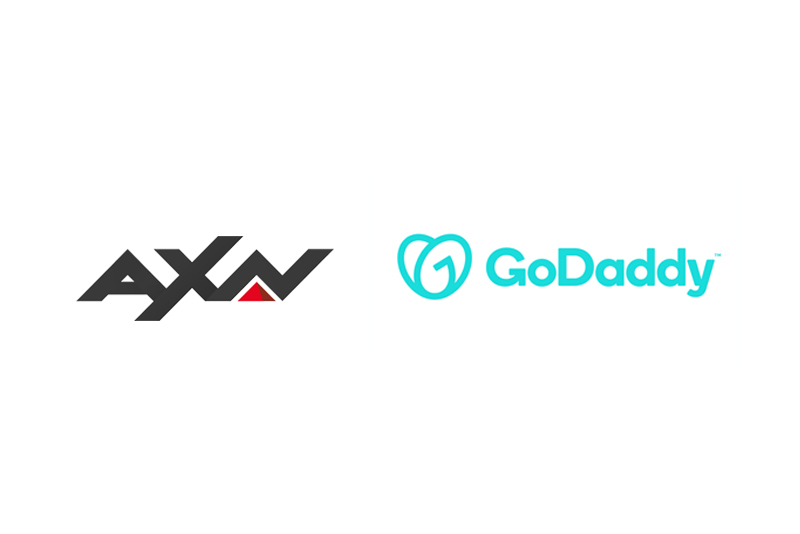 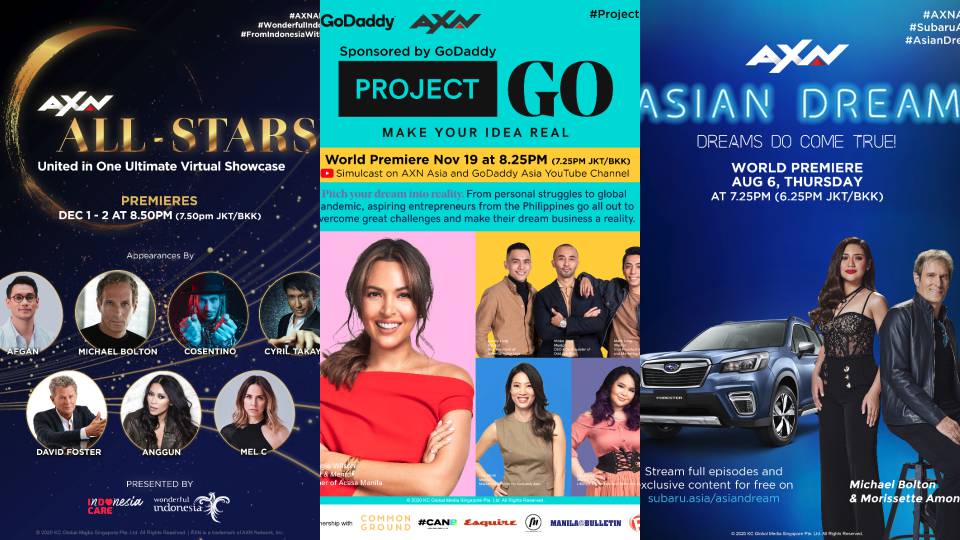 AXN, known regionally as the home of the best Original Productions in Asia, has not let challenging times slow down its momentum. While most of the industry has been forced into a standstill, the leading English General Entertainment channel* launched three (3) new Original Productions in 2020 and has teased several more coming up in the pipeline for 2021.

This not only speaks of the channel’s commitment to continue bringing relevant and engaging programs to audiences in Asia, but also serves as a clear testament to the creative and production power of KC Global Media Asia, the network that owns AXN along with Asian content leaders Animax, ONE, and GEM.

Project GO, meanwhile, is a brand-new business reality series sponsored by GoDaddy Asia that puts Php 1 million at stake for aspiring entrepreneurs to make their business idea real. Set to span a total of five (5) episodes, it premiered on November 19 and is currently airing every Thursday on AXN and on AXN Asia’s YouTube channel. The show called for aspiring Filipino entrepreneurs to pitch their business ideas in an online Open Auditions back in August and was shot on location in Metro Manila in September in the midst of lockdown. With the limitations on mass gatherings imposed by the government, KC Global Media Asia had to be creative in bringing the cast together, innovating with hybrid filming that saw local Mentors Maggie Wilson, Bea Cupin, and the Tung Brothers on set working in real time with GoDaddy’s Tina Shieh from Taiwan as well as with the shortlisted contestants calling in from all over the Philippines.

Lastly, Asian Dream, which aired seven (7) episodes on AXN starting August, was produced by Subaru Asia. Shot prior to the pandemic, Asian Dream featured six (6) contestants from across the Southeast Asia region coming together to refine their craft under the mentorship of multiple Grammy-award winner Michael Bolton, as they compete to become the next rising star in Asia. The show was co-hosted by the Philippines’ very own Morissette Amon and was won by Tyen Rasif of Singapore, who has since become Subaru Asia’s newest ambassador and will be joining Bolton in his upcoming Asian Dream tour.

This lineup of Original Productions leaves no question as to the dedication and ability of AXN, and of KC Global Media Asia as a whole, to create, curate, and deliver quality content, and more importantly, to do so while adapting to the changing times.

In fact, KC Global Media Asia teases a full pipeline of new series in development for launch in 2021, not only on AXN but across the other leading channels owned by the network, and in a wider variety of formats than what has previously been done. At least two (2) are expected to hit the small screen, and even non-linear platforms, in the first quarter alone.

Bhanchawat has this to add, “KC Global Media Asia is fully committed to continue the hard work, and we look forward to working with partners who wish to collaborate and be united with us in sustaining the mission to reach viewers in Asia with even more outstanding content moving forward.”