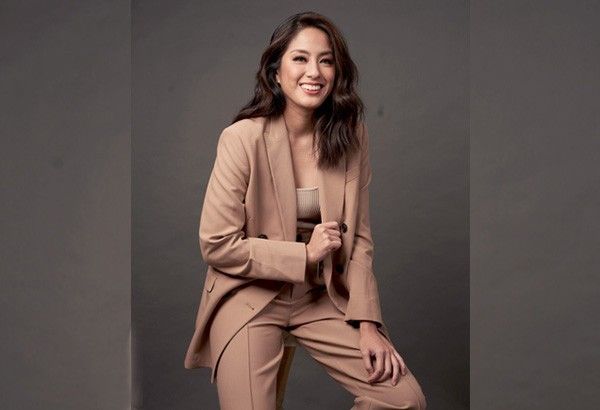 MANILA, Philippines — Star athlete Gretchen Ho looks forward to a busier year, now that she is officially a TV5 talent.

In a recent virtual media conference earlier today, the former Kapamilya host promised viewers and followers that they will see a more mature, confident Gretchen as she writes her own stories and ventures into more content production in her new home.

“I want to grow, read, be a good interviewer and a better broadcaster,” she said.

Gretchen explained that she looks up to Robin Roberts, an athlete who hosted ESPN’s Sportscenter, broadcast journalist TJ Manotoc, and “King of Talk” Boy Abunda.

Gretchen wants to hone her listening skills even more to become a better broadcaster.

The social media influencer admitted she wouldn’t be where she is if not for her former network ABS-CBN, who “believed in me” and jumpstarted her broadcasting career. Thus, to say that Gretchen feels grateful to ABS-CBN is “an understatement.”

She bid her Kapamilya family a proper goodbye, and cherishes everyone she has worked with in the network.

Gretchen will co-anchor Cignal TV and the Kapatid Network’s “The Big Story with Roby Alampay” from Monday to Friday, 8 p.m. on One News starting February 1. She will join TV5’s primetime newscast “Frontline Pilipinas” as news presenter. Gretchen will also produce and star in the public service program “Woman in Action.”

“Woman in Action” is also the name of Gretchen’s personal advocacy. Her “Donate a Bike, Save a Job” campaign provided a means of transportation to those struggling to go to work during the height of the lockdown.

Gretchen said she empathizes with the jobless because she witnessed how many network talents lost their jobs during the pandemic.

The campaign also promotes biking as a healthy form of activity.

“I force myself to go biking to get away from social media and fight toxicity. I control what I see online regarding news. I check Twitter only for a while and filter Facebook,” she enthused.

She also works out a lot, runs and walks to stay healthy. Morning prayers also keep her on the right track.

As for love life, she said she’s leaving it up to God, and she’ll go “where the Lord is calling me.”